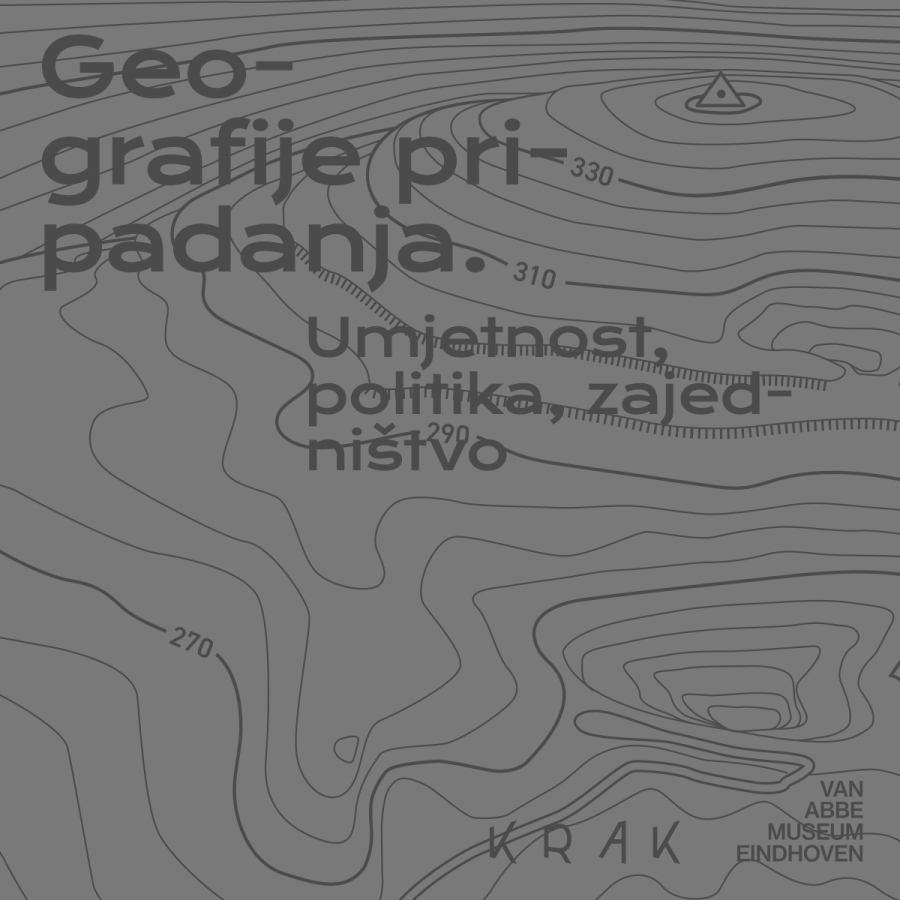 The Program Geographies of Belonging: Art, Politics and Communality is initiated by the Van Abbemuseum, Eindhoven, the Netherlands and conceived in collaboration with artist Lana Čmajčanin, art theorist Jelena Petrović and KRAK Center for Contemporary Culture. The idea of this program is to question the geographies of belonging through the politics of art and everyday life.

Taking into account the Yugoslav experience of socialist communality on the one hand, and the Dutch experience of civil society of the capitalist state on the other, especially after the Second World War the desire is to establish a dialogical and critical platform that would provide insight into common historical events. The brutal destruction of Yugoslavia through the wars of the 1990s and the consequent emergence of seven new countries in transition and on the periphery of the neoliberal global world are a reflective support in the prism of the central role which the Netherlands has nurtured in the European Union since its creation. Thus, these two different geopolitical positions are taken as a starting point in perceiving and connecting all those nonlinear events after the Second World War, the turbulences of the 1990s and the events that followed in the beginning of the new century and onwards.

Also, the reason for gathering in Bihać is to reflect a common and linear geopolitical continuum through which different (counter-) cartographies of life and art are shaped and created. The concept of belonging which reconfigures the meaning and understanding of the geopolitical notions of who and what belongs where, is therefore seen through the ontological, epistemological, material, artistic but also emotional efforts in creating a common everyday life. Therefore, the intention of this program is to expose artistic, curatorial, theoretical, or brought to life artistic practices that bring the geography of ordinary life into such a concept of belonging.

The connection between Bihać and Eindhoven in this project enables the exploration of two different locations with the aim of a deeper understanding of the place itself, its geography as well as many ways in which we identify and connect through it and with it. Through geographies of belonging, one seeks to achieve a set of new insights which are unique to these locations and through the manifested energy, to observe how they are expressed or voiced in different ways that have often been neglected in recent history.

The project involves two meetings – the first in Bihać in late June and early July, and the second in Eindhoven in November 2022. It is organized as part of the four-year program Our Many Europes, which is designed by the L'internationale Museum Confederation and its partners, and is co-financed through the European Union's Creative Europe program.