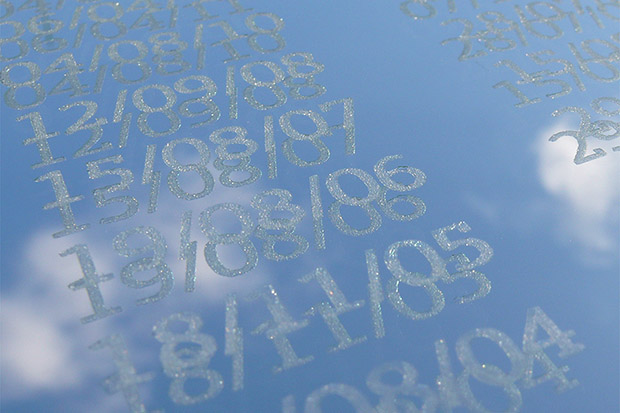 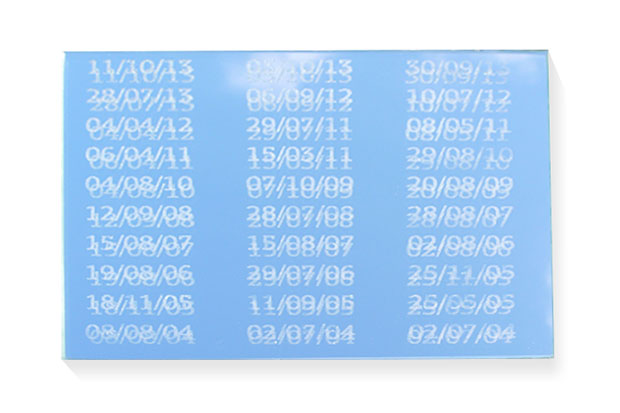 Numbers engraved in the mirror present dates of tragedies that happened in Mediterranean sea, more precisely on Lampedusa island which despite all tragedies and the enormous death toll still remains an island of hope for migrants. Those dates are the dates of some of the tragedies occurred in the past 10 years starting with the tragedy recently happened - on November 10, 2014 when the death toll reached a figure of 359.

This work is part of Luciano Benetton Collection, Foundation Benetton, Treviso (IT)