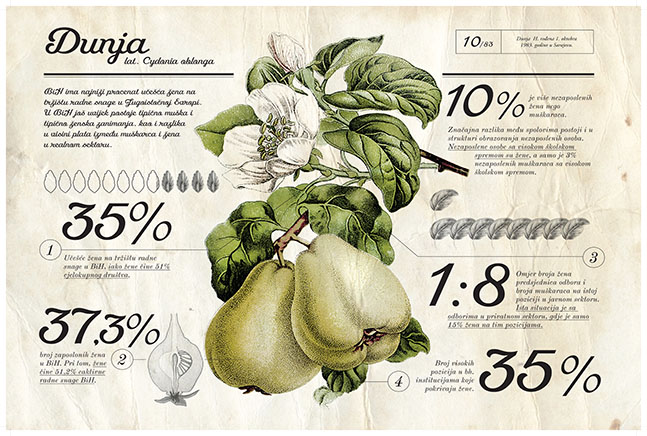 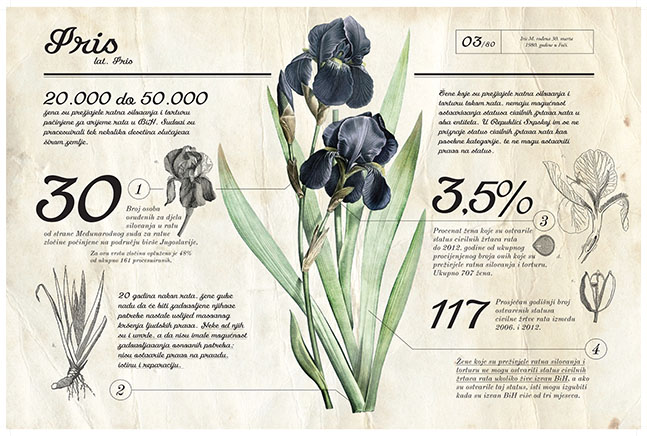 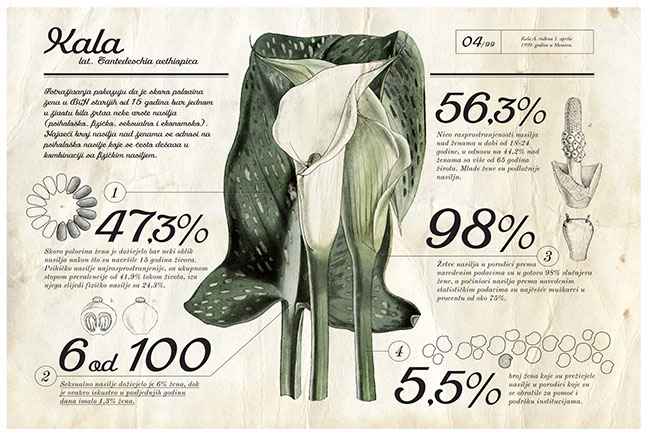 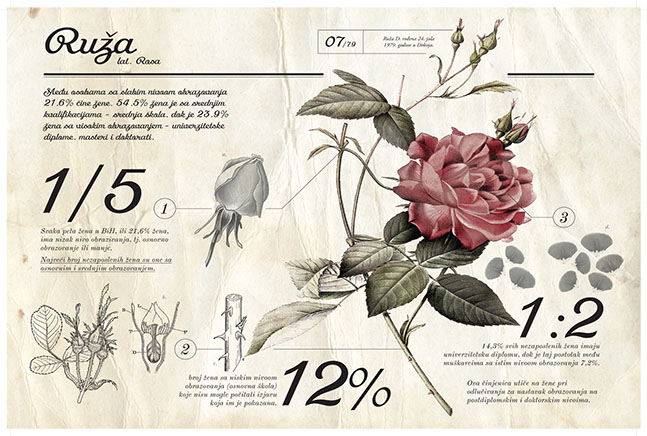 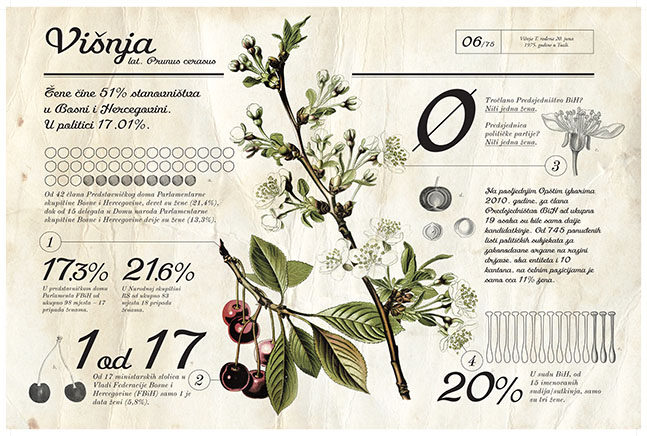 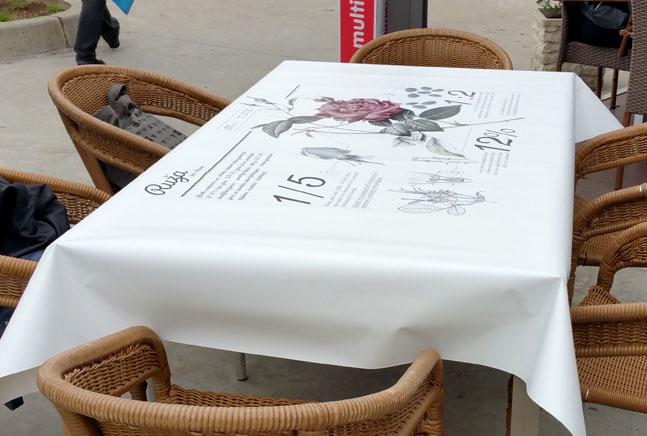 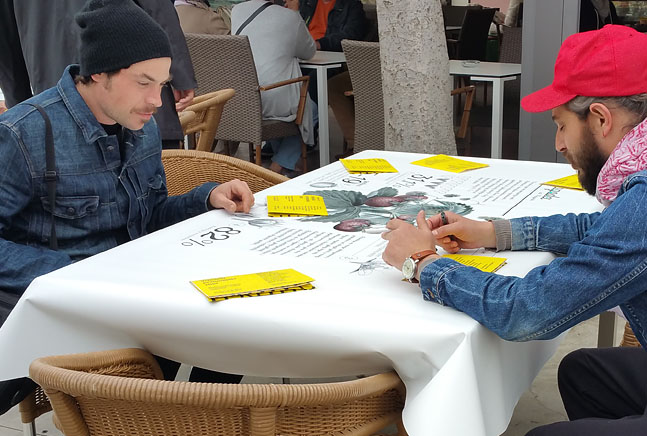 In the work The Nature of Statistics the personification of nature is double: personal and statistical. The typical representative woman-nature relation is no longer a passive denotation. The material nature of the statistics of the position of women in patriarchal societies is wordless, while nature becomes a personal, political, public, live space for female voices and names, with their visibility and their passive politics standing behind all these numbers.

Throughout such contextualisation of current statistical data, the work exposes and problematises the unfavourable and subordinated social, legal and socio-economic position of women in times of neoliberal capitalism and contemporary patriarchal societies. The work leans on illustration and the aesthetics of herbariums dating to the 19th and early 20th century, the times of First-wave feminism and the beginning of the struggle for women's rights and wider women's solidarity.

The decorative and reproductive symbolism of the flora, which has personified the female role in society throughout history, is placed in juxtaposition with the brutality of current statistics. The work aims to deconstruct the figures of gloomy statistics and expose that there are women who are experiencing rape, domestic violence, restricted access to education, unemployment, economic dependence and are unable to participate in politics in their everyday life. Gender oppression is ubiquitous and the normalisation of disempowerment is still strongly omnipresent. Patriarchal and discriminatory patterns of hegemonic and heteronormative masculinity impose an unbearably narrow frame of living for more than half the population (51%) consisting of women.