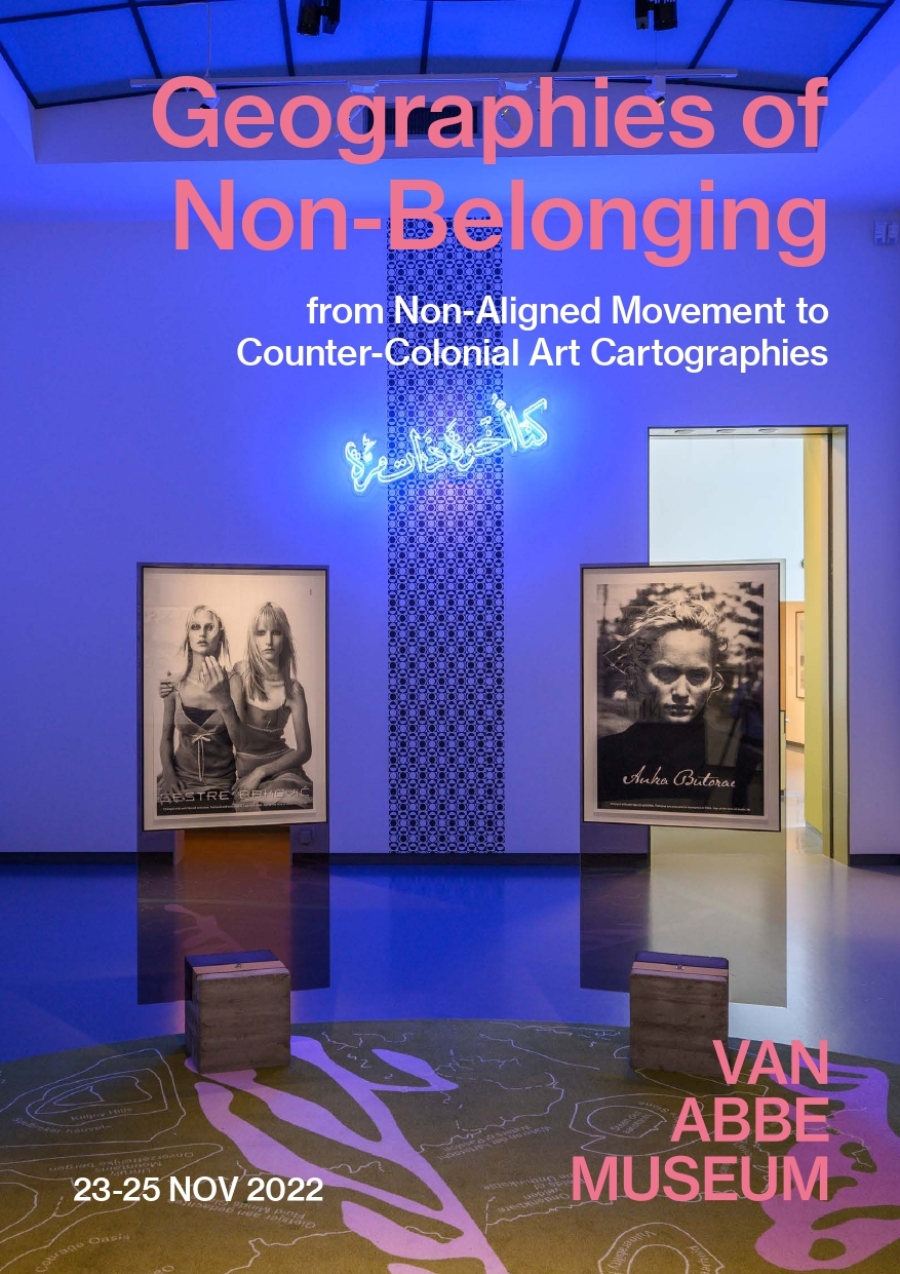 After the first part of the programme held this summer at the Center for Contemporary Culture KRAK in Bihać, which explored the topic of Geography of Belonging through art, politics, and communality, its second part at the Van Abbemuseum in Eindhoven looks for twists and turns in defining the very concept of ‘belonging’ within the institutional spaces through which hegemonic positions of power are established. While ‘belonging’ has been defined as a form of social (self-) subjectivation but also political (self-)determination in a geo-political sense during the gathering in Bihać, the emancipatory potential of ‘non belonging’ will be discussed during the sessions in Eindhoven.

This ideological shift from Geographies of Belonging to Geographies of Non-Belongingbegins with a discussion of the Non-Aligned Movement (NAM), that is, through certain artistic, theoretical, and critical practices that point to both the political potential and structural nostalgia of this great historical idea widely spread during the era of the Cold War. From today’s perspective of racial capitalism and neo-colonial extractivism, which have been geo politically shaped by all succeeding and current wars, the idea of NAM nowadays triggers new materialist and anti-colonial thoughts about the utopian, but still possible non-exploitative and non-extractivist social reproduction of the common future. Questioning the ways of dealing with the global devastation of society and nature or the destruction of the planet as a whole, the programme ends with a discussion of possible geographies of planetary coexistence beyond today’s politics of racial, religious, national, class and other identities that very often violently determinate what is il/legal, un/acceptable and un/sustainable in this global world.

With the intention of confronting the impermeable geopolitical borders and their identity limitations, also deeply imprinted in the system of art, this programme finally brings together various artistic, curatorial, and discursive practices that transform the hegemonic cartographies of the world through the creation of Counter-Colonial Art Cartographies of their own.

The project Geographies of Belonging was initiated by the Van Abbemuseum and conceived in collaboration with artist Lana Čmajčanin, art theorist Jelena Petrović and the KRAK Center for Contemporary Culture in Bihać, Bosnia and Herzegovina. It is part of the four-year programme Our Many Europes, which is organised by the L’internationale Museum Confederation and its partners and is co-financed through the European Union’s Creative Europe programme.