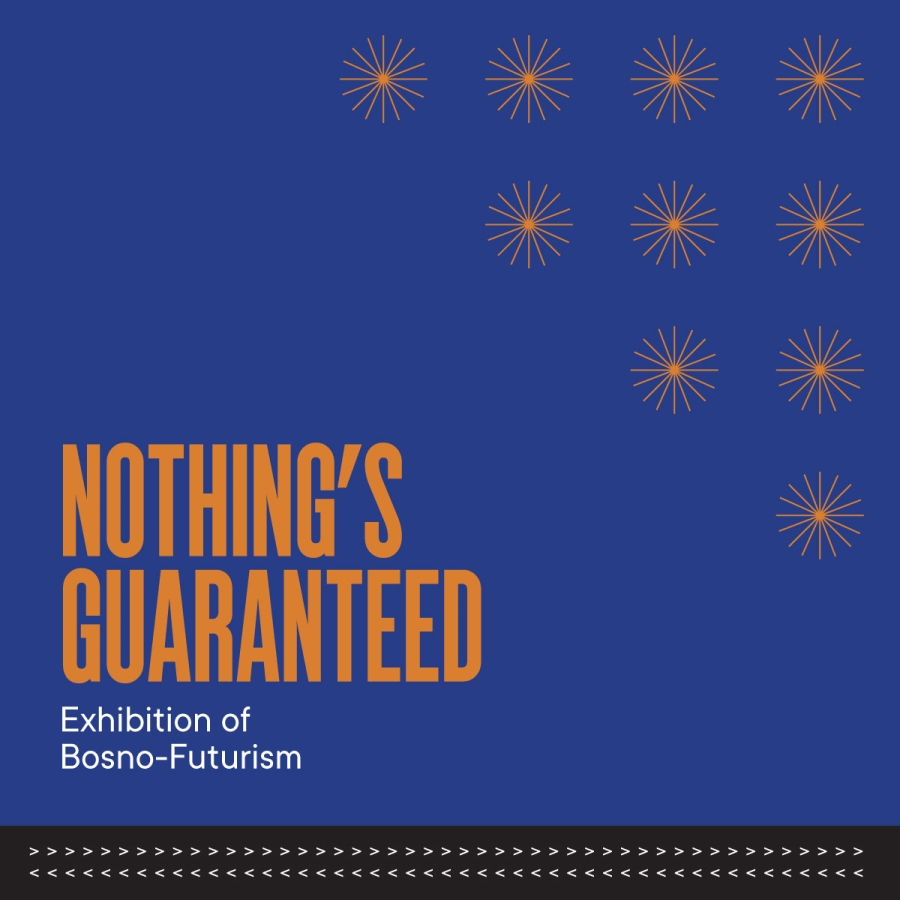 The title of the show is deliberately tongue in cheek, and provocative. Bosnia-Herzegovina has a long history of being colonised, a historical fact little known outside of the former Yugoslav region. The exhibition therefore sets up a parallel with Afrofuturism, a literary and visual art strategy that merges future speculation and science fiction as a means of creating an alternative vision on the future based on the erasure of Black African cultural narratives in the colonial period.

“Bosno-Futurism”, in a parallel sense, can be defined as “Imaginative Future Speculation, sometimes whimsical, built on the interlocking layers of the past, created in the limbo of the present.” The work displayed builds on the long formal and informal histories of the future in the Western Balkan region, everything from speculative storytelling to historical moments such as Zenit magazine or the rich legacy of the Yugoslav-era spomenici. The continuous over-writing of histories in the Balkan region- from the late colonial Ottoman and Hapsburg periods through twentieth century monarchism, Communism and violent dissolution into an archipelago of late capitalist, patriarchal kleptocracies, make Bosno-Futurism potentially a very rich and stimulating strategy for analysing the present.

The work displayed ranges from video, video installation, sculptural installation, and live performance. The exhibition is the most significant display of contemporary art from Bosnia-Herzegovina in Scotland, since the country’s independence in 1991, and is also part of the Edinburgh Festival Fringe, the largest arts festival in the world, in its 75th anniversary year.

The exhibition is accompanied by a full colour catalogue featuring essays by curator Jon Blackwood, and Irfan Hošić, founding director of KRAK, Bihać.