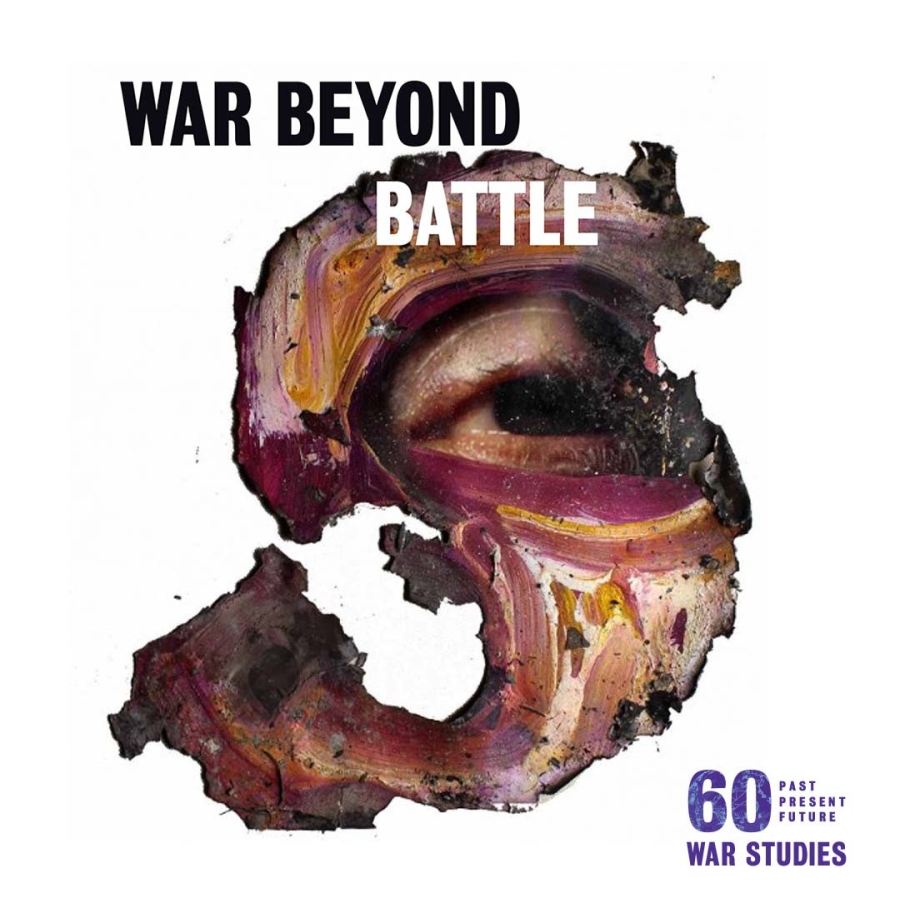 Celebrating the last decade of the Department of War Studies collaboration with artists, War Beyond Battle brings together works from four major exhibitions spearheaded by the Department: Going South (2015), Traces of War (2016), Reconciliations (2018), and Truth Tellers (2019).

For the first time ever, we'll be featuring a collection on Sir Michael Howard, military historian and founder of the Department of War Studies, giving insight into his childhood, career and legacy.

A reflection on how conflict and the everyday co-exist, the exhibition presents four key approaches to conflict beyond the battlefield. Going South shares narratives of the feminine body as political locus and external landscape. Traces of War shows a collection of images of the everydayness of war to reflect on how conflict permeates life. Truth Tellers is a quest on how to make sense of collective trauma, and Reconciliations explores how visual evidence of past crimes can play a role in post conflict remembrance.

Curated by Cécile Bourne-Farrell and Tally de Orellana, War Beyond Battle encourages the spectator to approach the complexity of conflict from the most insightful and human angles while celebrating the Department of War Studies innovative approach to the most difficult - and yet unavoidable- questions of our times.

The exhibition marks the end of the Department of War Studies 60th anniversary, a year-long celebration of the Department’s wide-reaching impact and diverse community through talks, panel discussion, art and music.