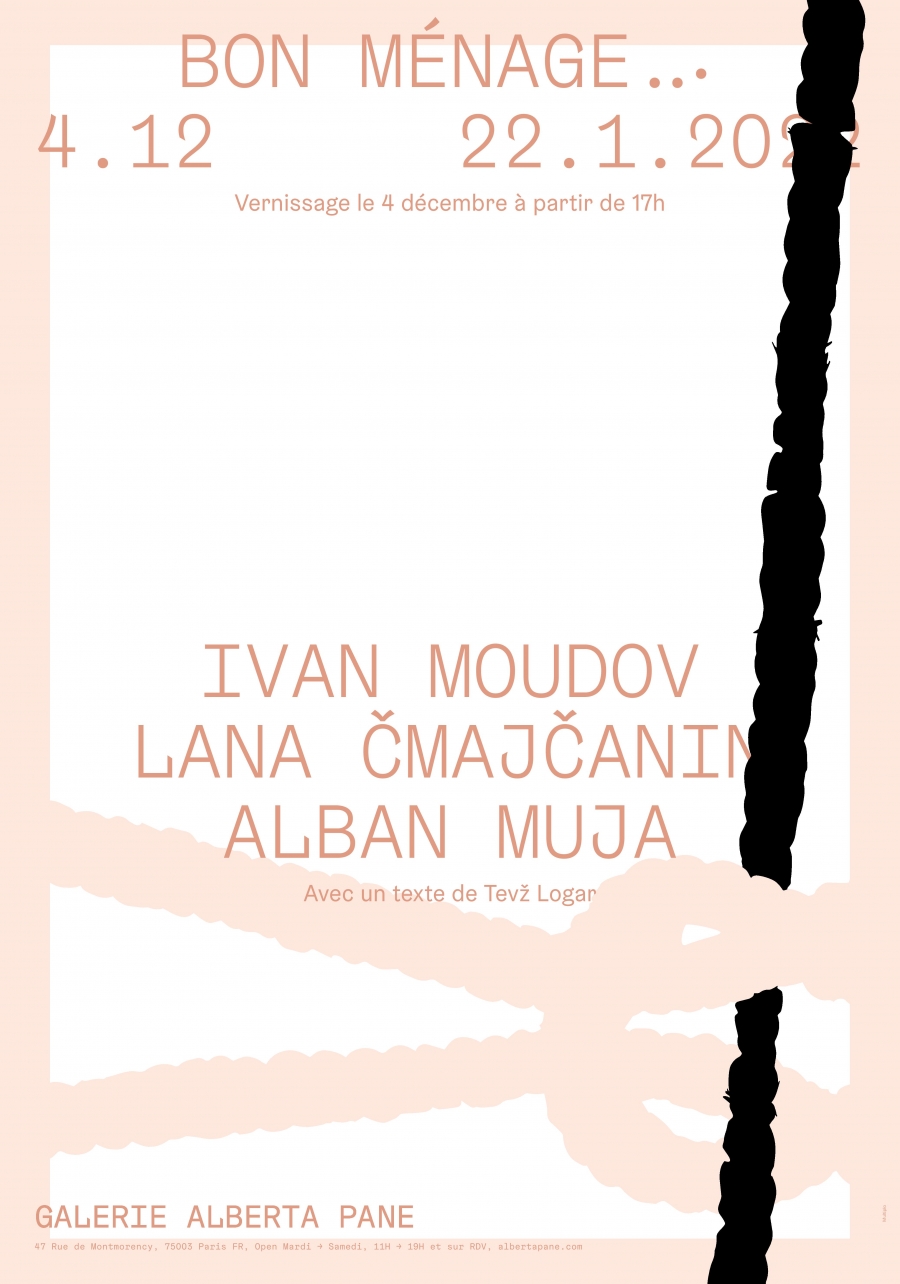 Stories of friendships between artists, curators, dealers, writers, theoreticians, and collectors are often romanticized and they always lead us to feel almost mysterious, overwhelmed with eclecticism, stirring up emotions stretching between mutual recognition or contempt. Many such stories of friendship are written posthumously, and this is probably also the reason why we perceive many of them with a slight detachment, yet we silently wish we could have been privy to them. Like meeting with the Surrealists in Café Cyrano along Boulevard de Clichy in Paris, discussing with Allen Ginsberg, Jean-Michel Basquiat and Grace Jones in Warhol's Factory in New York or gazing at the sky together with the Gorgona group in Zagreb. But without a shadow of a doubt, we can state that these close friendships have affected the history of art very directly, from the very beginning to the present day. They have influenced the development of artistic practices, the production of artworks, theory, writing, the establishment of institutions, galleries, collections, and many other aspects of the system that we currently refer to as contemporary art. It is clear that the contemporary art system is extremely subjective, which is why relations between people play a crucial role within it. Although they are often hidden behind the public façade. But there are many positive aspects to it, especially if they are sincere and truthful. Something that through symbolic parallelism can be read in Viktor Misiano's text: The Institutionalization of Friendship, in which he proposes friendship as the most non-institutional and personalized type of social communication, which is not established through formalized procedures, but through the rhythm discovered by the participants when they listen to each other. And this definition of friendship in the context of contemporary art should serve as an initial thought for the exhibition project Bon ménage…, conceived by artists and friends, Lana Čmajčanin, Ivan Moudov and Alban Muja.

However, looking at this particular project, it should be stressed that friendship is not the concept of the exhibition, but rather creates a context in which the exhibition was developed. As mentioned above, a friendship between artists often results in their mutual recognition of interests and this aspiration very often leads to collaborations. The Bon ménage… project is exactly the result of this.

We could say that there is a causality between artists’ friendships and their joint interest in the context of their practices, which directly tackles the issues that affect the public and private spheres alike. This is symbolically suggested by the title, which implies that relations between artists trigger a chain reaction and cause a shift in the selection process as well. In other words, the exhibition dismisses the framework of a classic thematic presentation by rejecting a dominant theme and calling for a break, with the aim of self-reflection and a focus on artworks. Yet the exhibition does not seek to be a compendium of three estranged monoliths, but rather to showcase three artistic positions, three artworks, sharing the idea that an understanding of social, political, cultural, or economic change can only come from awareness and reflection of our environment.

It is important to understand that contemporary art never travels alone, and maybe Lana Čmajčanin’s work Balkan Cruelty is the most direct testimony to this. Her wallpaper installation is based on the graphic portfolio Balkangreuel by Gottfried Sieben, which was created in 1909 after Bosnia - Herzegovina was annexed to the Austro-Hungarian Empire as the outcome of the Berlin Congress, which redistributed colonies among the European powers.  With the intervention, Čmajčanin repossesses the original motives, which served as wartime propaganda of a dehumanized enemy, who was portrayed as the Balkan savage, while a woman's body stereotypically assumed a role of the territory subject to usurpation and conquest. The work of Lana Čmajčanin thus establishes the relation to the problematic historical perception of a particular geo-political construct, while she concurrently points out the popularity of prejudices that are still valid and very much alive today.  While Lana Čmajčanin’s wallpaper establishes an interdependent tension between the past and present perception of a particular space, the series of paintings by Alban Muja, entitled brotherhood, “report” a specific geo-political condition and exposes the very specifics of the omnipresent phenomena of Kosovan society, which is in its exaggerating form most visible in the countryside and in non-urban areas. The work has many layers, but, first and foremost, it poses the problem of male tradition and how it is manifested through the status symbol – a house. A house becomes a symbol for the family and a basic unit of male pride which is visible on the outside. Besides the process of visual documentation and Muja’s personal reflection, the Brotherhood project is somehow also a collection of people’s stories that serve as sincere testimony to a particular space and time. The third artist and friend in the ménage exhibition project is Ivan Moudov, who, through his humorous appropriations undermines the mythology surrounding the notion of the artist and ingeniously interrogates power relations in the system of contemporary art. His recent installation project Garbage 4 consists of a series of plastic bottles that are filled with Moudov’s household plastic waste. While at first glance a person could relate this work to the very topical issue of recycling and the environment, a more careful reading shows that Moudov is doing the opposite. As he transforms rubbish into a work of art, he creates a ready-made object that allows rubbish to remain rubbish and consequently directly revokes the possibility of recycling. But this gesture should not be interpreted as the artist’s refusal of the process of collecting and processing materials that would otherwise be thrown away as waste and turning them into new products. This particular gesture symbolically directs attention to the system of contemporary art, its fabricated openness, which is often in contradiction with the established rules that in the long term contribute to the benefits of our society.

It is clear that the exhibition as a concept and structure avoids the classic thematic presentation and relates more to the relations between artists and friends and their joint interests in art. Nevertheless, since the works are formally and conceptually very different, it must be emphasized that the leitmotif that connects them is very concise. Three works can be interpreted individually but without any doubt, they also communicate with one another: no work of art, medium or concept has just the meaning in itself, but it also creates a new meaning that constantly interacts with others. There is no doubt that art has undergone many transformations, and this testifies to the fact that art invariably responds to the challenges in our environment even before the transformative effect on society becomes evident. And for this very reason, art is indispensable when it comes to shaping and understanding life and form. Especially if it echoes three friends when they listen and object to each other.