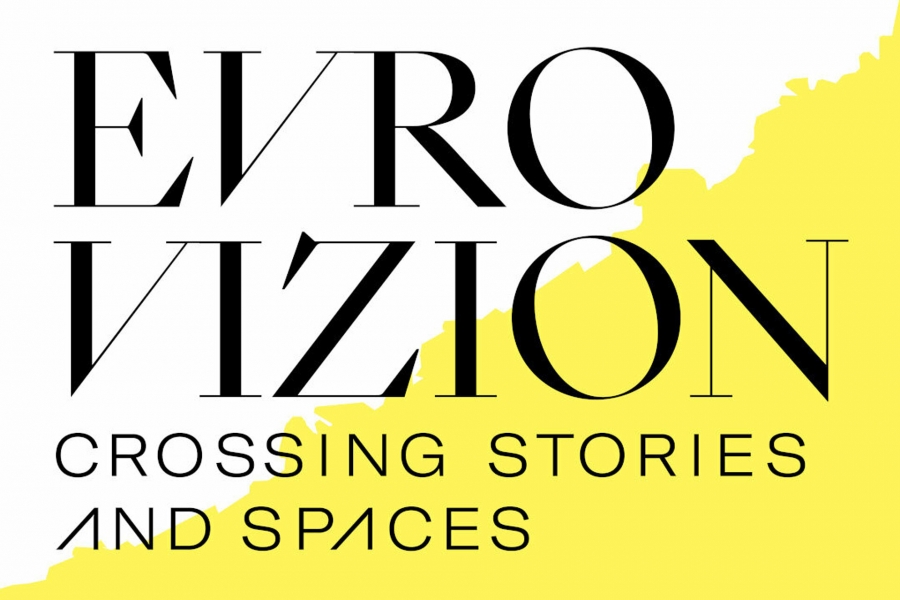 The co-creative exhibition project EVROVIZION crossing stories and spaces explores the current and social and political climate in Europe and the idea of a European identity. The focus is on less visible and marginalised geopolitical and cultural spaces, in particular in southeast and eastern Europe. These are so-called semi-peripheries and places of diversity that often play only a minor role in many international theoretical discourses and exhibition practices, such as the multi-ethnic city of Sarajevo – the first venue of the project.

In close cooperation with regional protagonists and each local art scene, new artistic projects will be added to the exhibition during the course of its tour. The aim is to reflect on contemporary social and political challenges, and to make specific local impulses visible in order to generate the continuous and flowing development of dialogue spaces.

The exhibition title EVROVIZION is a construct made of similar and yet still different languages – Eurovisione / Evrovizija/ Евровизия – a fusion of potential unities; a free version of potential togetherness.