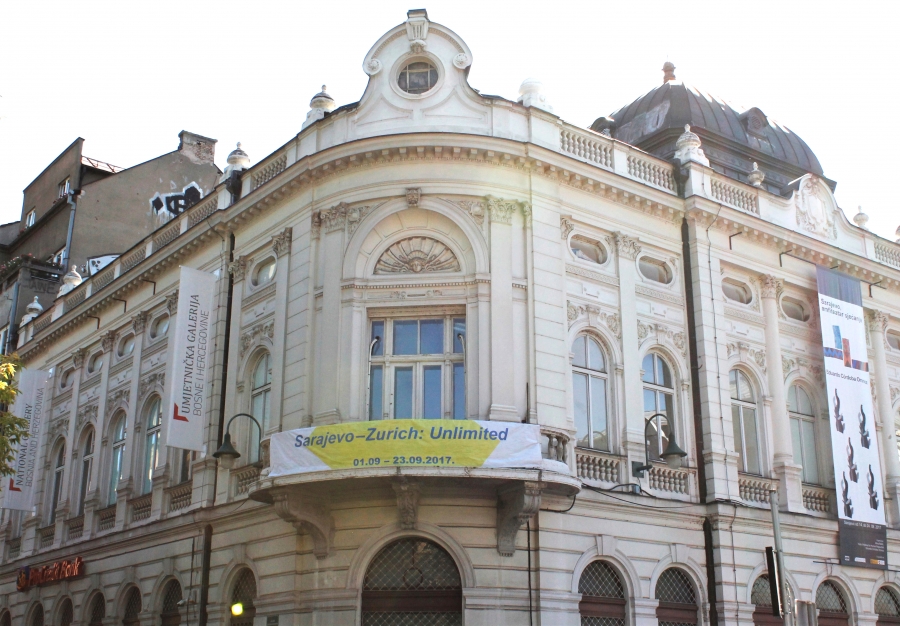 Geopolitics of the unlimited connects incompatible spaces wherein different realities simultaneously operate, in this case the cities of Zurich and Sarajevo. How is an open and emancipated way of thinking and acting possible at present? How do we respect – in a democratic way – conflicting opinions? This project demonstrates it in microcosm. The artists from Zurich took aspects from the plethora of information available in Zurich, experience and ideas embedded in the collective memory that they find indicative and characteristic. Dealing with the known and the unknown, the foreign and familiar, they produced works that are more than just the documentation of familiar ideas or a reflection of their own social conventions, yearnings and fears. The creative process turns new images into reality. These images are contrasted by works of the artists from Sarajevo. Their view of their city, their country and their people is characterised by dealing with their own past, present and a possible future, and their idea of how Sarajevo, the country and the people, are perceived in Europe. The exhibited works which commonly address the city of Sarajevo use different strategies to investigate liminal spaces, their boundaries and assigned geopolitical borders, in confines of which wars by all means and wars by other means are alternately being led.

The exhibition will be accompanied by a catalogue which includes texts by Andreja Dugandžić, Jelena Petrović and Faruk Šehić