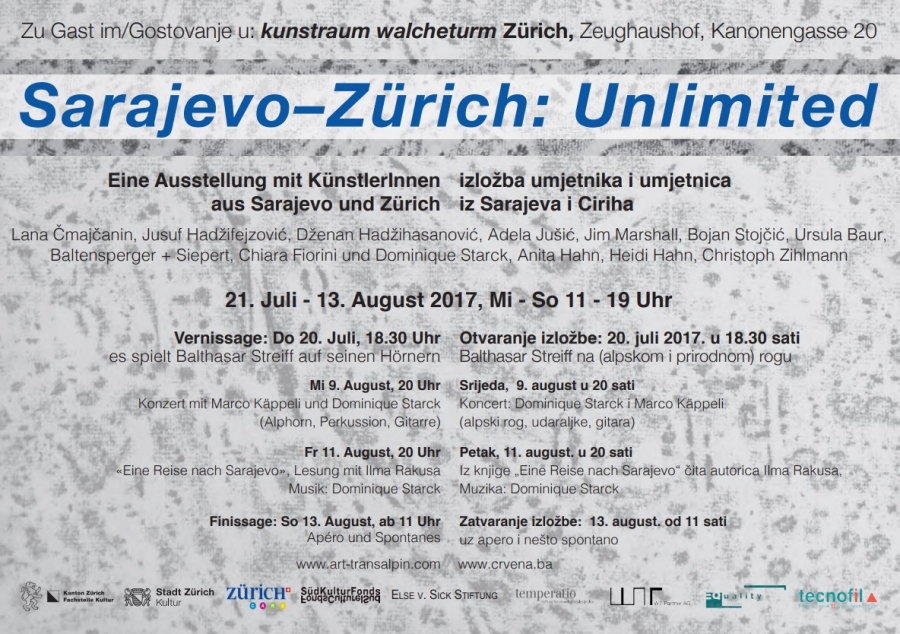 The artists, whose works deal with geopolitical (in)visibility, memory and social, mutually conditioned individual and collective trauma, ruthless drawings and erasures of borders, the war and the dystopian future ensuing after the most recent war, thus create a social space in which Sarajevo becomes a shared city. This is the location of the search for the politics of hope, for the sanctuary of friendship and community, for the poetry in the wake of the war, i.e. as phrased by Marx, poetry from the future in which some new social revolution needs to win over its ravaged past. The historiography of such past is still entrapped in institutional systematisations of historical knowledge, and is produced today from the positions of power based on the neoliberal structure of post-transitional changes. Subjugated knowledge resurfaces as the politics of error, a counter-historical trigger, and calls for the defence of the society which, following the war and the so-called transition, has ended on the global periphery. Accordingly, the exhibited works which commonly address the city of Sarajevo use different strategies to investigate liminal spaces, their boundaries and assigned geopolitical borders, in the confines of which war by all means and war by other means are alternately being led.

An excerpt from the text Breaches of Parallel Realities by Jelena Petrović, exhibition catalogue, 2017