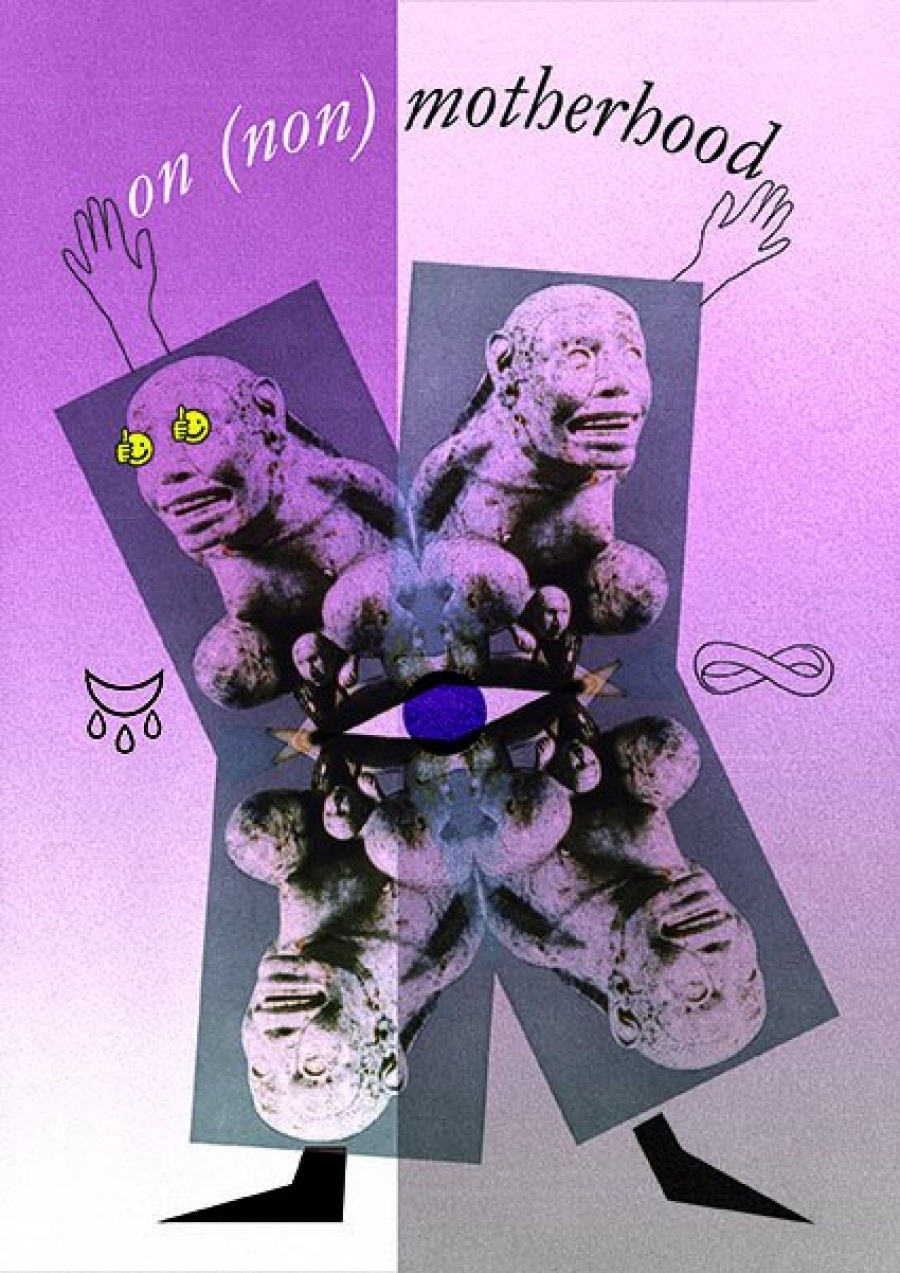 Only in a relation where I am allowed to be a mother and a non-mother at the same time, I am free.

Following the red thread of the Living Archive (2011-2015), a long term project that co-created it’s own community like a polis, or like a true space between people, who organize themselves for acting and speaking together on art commons and political freedom, Red Mined moves towards new practices: symposium. As one of the most characteristic social fixtures of ancient times, symposium appears here through its primary meaning of off or semi-public space, where people gather to eat, drink, dance and talk, or simply to spend time together around specific or everyday life topics. But with a difference, this time symposium is for everyone.

Symposium #1 will open space for giving birth to different ideas on non/motherhood.

As a multi-voiced star-formed platform, this first symposium is here to engage the troublesome “nature” and “law” of not/giving birth, non/reproduction, non/family and non/work. The subject of non/motherhood affects all classes, genders and races with different intensity and culminates in internalized symptom: “very sorry, but you could not have it all”. Consequently, it naturalizes an exclusive work-life paradigm along gender, class, race hiding behind the geopolitical/neo-imperial intersectionality.

What is believed to be universal in a feminine nature, to care and to (re)produce, is in fact social construct of patriarchal law entwined in the capitalist mode of production. This long-lasting marriage between patriarchy and capitalism junctures women’s lives and suppresses their affective and constructive forces. Social politics of non/reproduction is materialized today under the free market rationality and its civic subjectivity, or under competitive relations of disconnected individuals, who call for: self-responsibility (for failure or success), self-control, self-morality, commercial pleasure, ultimate happiness, health and wealth, self- esteem and self-performativity… for (re)productive entrepreneurs of themselves.

On the occasion of Symposium #1, Red Mined invites friend artists, curators, theoreticians and practitioners, mothers and non-mothers to reflect, to talk and to-future on and from performative materializations of “non/motherhood”, through both refusal and embracing.

*Perpetuum Mobile The Artotheque
Once activated it would run forever, perpetual motion or continuous and unceasing movement or action. Repetition until recognition.

The collection started with a simple act of giving. A gift of art, for art is a gift that we find no value for. It is more than just a collection of video works, texts, drawings and so forth. What it contains is a multitude of lives and narratives, images and messages that feed the body of this genuine artotheque.