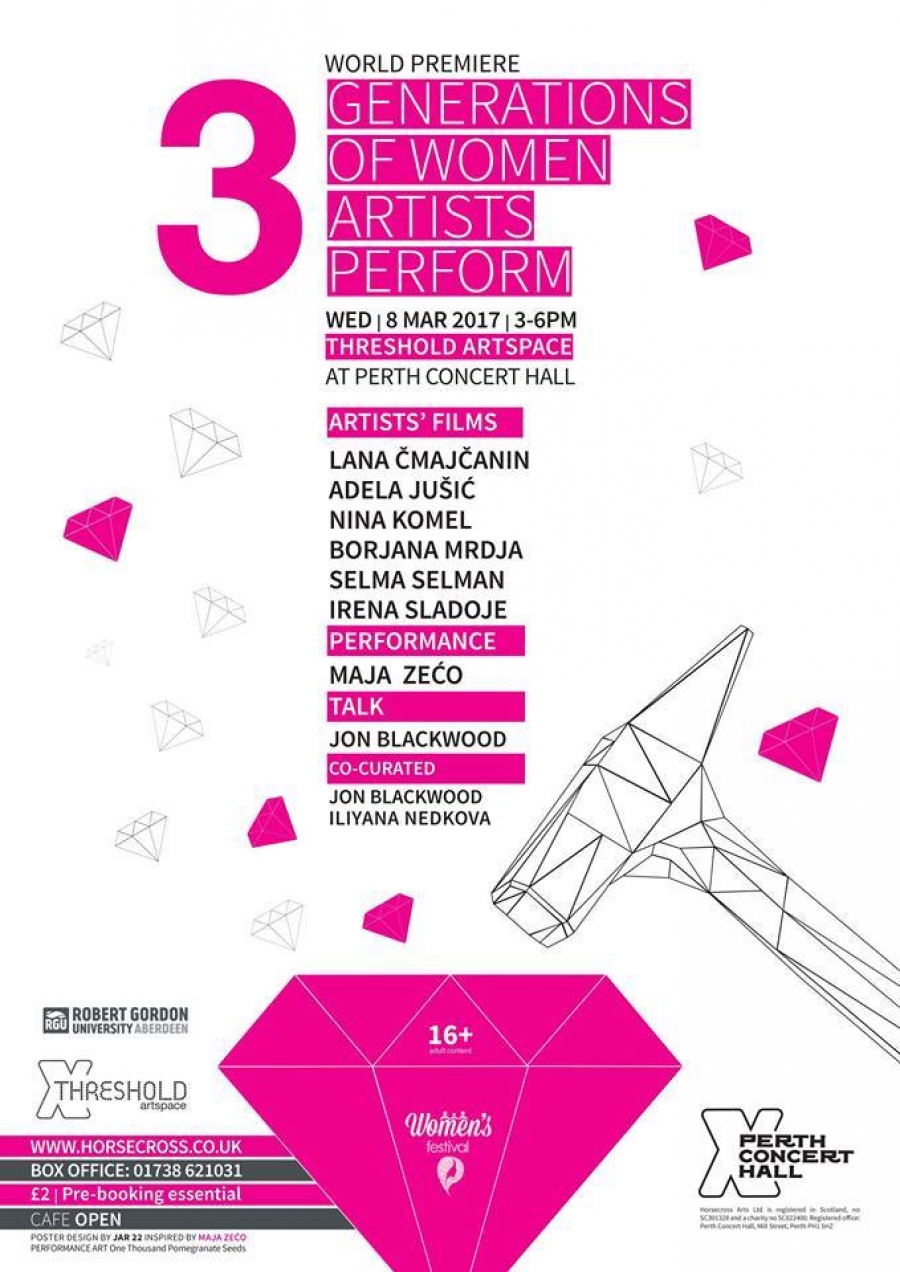 The audio of the lecture can be heard HERE

Relive some of the highlights of 3G: 3 Generations of Women Artists Perform held at Threshold artspace, Perth Concert Hall in celebration of International Women’s Day, 8 March 2017 building on the success of the inaugural 3G 2016 when we introduced the focus on the three generations of women artists and featured seminal live and screen performances by Karolina Kubik, Natalia LL, Tanja Ostojic and Mare Tralla. With 3G 2017 we continue to celebrate the central role women artists have played in shaping performance art ¬since 1960s but we shift the focus exclusively to post-conflict Bosnia-Herzegovina where political narratives founded upon ethnic, national and religious divisions still prevail.

Listen to Dr. Jon Blackwood, Lecturer in Critical and Contextual Studies at Gray’s School of Art, Robert Gordon University, who lived and worked in Bosnia-Herzegovina for several years and has a specialist interest in art from the former Yugoslavia. As an established Balkanist, in his 3G 2017 talk he provides an engaging and comprehensive insight into the wider cultural landscape of Bosnia-Herzegovina. Jon’s talk also serves as a contextual anchor for the first exhibition in a public UK institution at Threshold artspace of seven short artists’ films by six women artists born in Bosnia-Herzegovina selected as part of 3G 2017. Featuring different generations of women artists performing for the camera and showing at Threshold artspace until 26 April 2017, this programme of artists’ films selected by Jon includes works by Lana Čmajčanin, Adela Jušić, Borjana Mrdja, Irena Sladoje, Nina Komel and Selma Selman.

For further details about 3G 2017 as part of Encore – our current series of exhibitions and events please visit: www.horsecross.co.uk/whats-on/encore