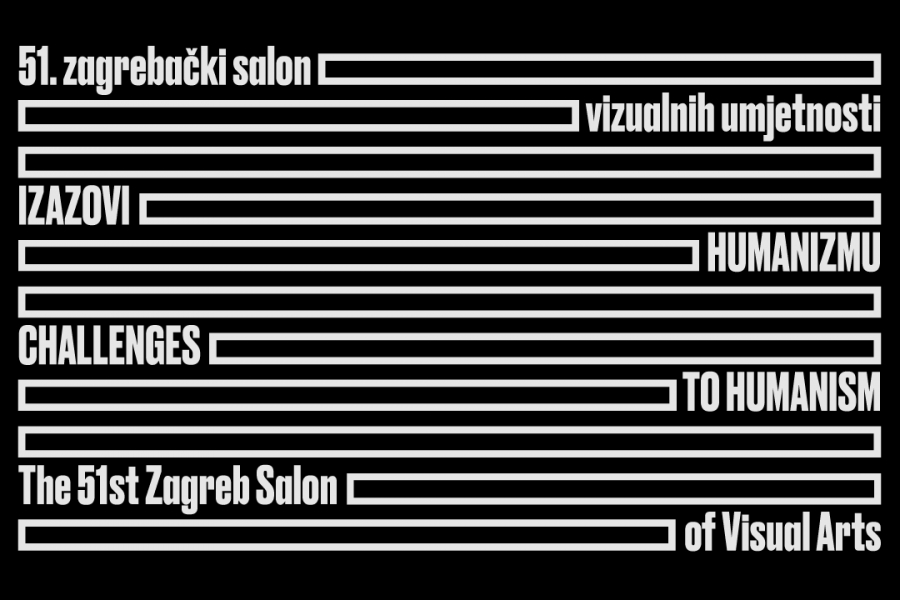 Based on the curatorial concept by Suzana Marjanić and Marijana Stanić / 90-60-90: Contemporary art platform

Having taken into consideration the socio-political commotions culminating in the great wave of forced migrants from the East, and the media coverage ascribing them with the disintegration of Europe (e.g. Slovakia proclaimed it would only accept Christians during the distribution of Syrian refugees among the member states of the EU, Hungary put up a four meters high razor-wire wall all along its 175 kilometers border with Serbia, Slovenia put up a barbed wire fence on its Croatian border, Croatia closed its borders to refugees on March 9, 2016),  it was the intention of our thematic call for proposals for the 51st Zagreb Salon entitled Challenging Humanism to steer applying artists towards a critical reading of humanism within the ever dominant trinity of oppression – racism, sexism and speciesism, i.e. discrimination based on race, sex or species (animal and plant, Earth). To that end, how to visualize the Evil and the Good of today, how to visualize humanism in any of the visual culture media? Or in the words of Ivan Supek, a physicist, writer, historian, philosopher, fighter for peace and humanist, who never belonged to a political party or a single worldview, and whose 100th anniversary of birth was marked last year: “Humanism… It is the only idea with the potential of connecting the entire world. The world can never unite based on a single moral or religious idea, but rather needs a very broad grounds, as granted by humanism.”