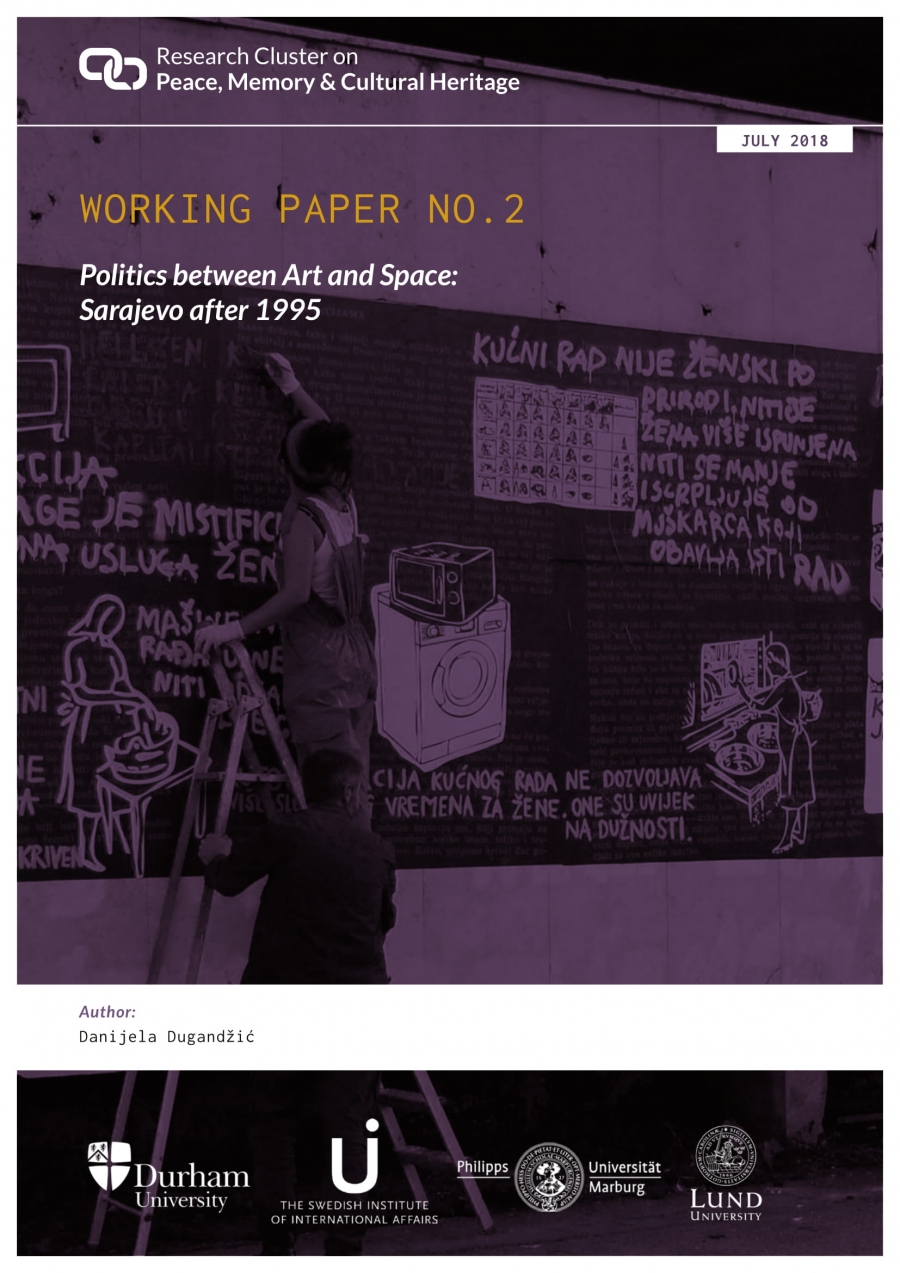 This  working  paper  examines  the  politics  of  art  in  public  space  in  Sarajevo  since  the official end of the war in 1995. Through interviews with artists and curators and analyses of a number of artworks, the paper traces how art attempts to reclaim the public space by provoking  political  commentary  and  creating  new  forms  of  sociality.  Key  themes  have been  nationalism,  the  role  of  the  international  community  during  and  after  the  war  in Sarajevo,  the  return  to  forgotten  emancipatory  history  and  heritage,  and  post-war reconstruction. There has also been a significant production of feminist art dealing with women’s  history,  contemporary  statehood  as  well  as  with  emancipation  of  women  and issues  of  unpaid  labour.  In  view  of  the  fact  that  the  complexity  of  everyday  life  in Sarajevo since the Dayton Peace Agreement in 1995 has not changed significantly, the paper asks whether art can create commons and open up space for political commentary as acts of collective action. It argues that in a city in which important public cultural and art  institutions  remain  closed,  and  the  public  space  is  daily  narrowed  by  new  “capital projects”, it is important to think about art as an urban practice that uses public space as emancipation for those who are less visible or even invisible. The potentiality of art is not only to create places of commons – unusual, debatable and charged with questions and answers – but also to open up places for new knowledge. The artworks discussed in this paper help us to understand how art leads to political action, but also how political action evokes art.

Danijela Dugandžić is a curator and acting directress of the Art Collective CRVENA in Sarajevo, Bosnia-Herzegovina (This email address is being protected from spambots. You need JavaScript enabled to view it.)